Wolfenstein 2 is not the game of the year but it’s the game of 2017. In a year where were getting alt-right profiles in the New York Times and a tax cut that only benefits the rich. The world is becoming a much more welcoming place to the worst people. It sucks. It shouldn’t be this way. Wolfenstein 2 is not going to save us. Its pretty nice to have though. Wolfenstein 2 doesn’t just let you kill Nazis. It also has you team up with black revolutionaries and communists. It’s a game that knows that Nazis are more than some skin for players to kill.

Wolfenstein the New Order was a nice surprise. It rebooted a classic franchise I had no feelings towards and made me care about a character named BJ Blazkowicz. It was a fun time but that was it. It was above average shooter that told an above average story. So they announced the next one. Except now the game is coming out in a world where Nazis are marching in the streets again. We are closer than ever to living in a world where Wolfenstein is looking likely. So how does Wolfenstein addresses this. 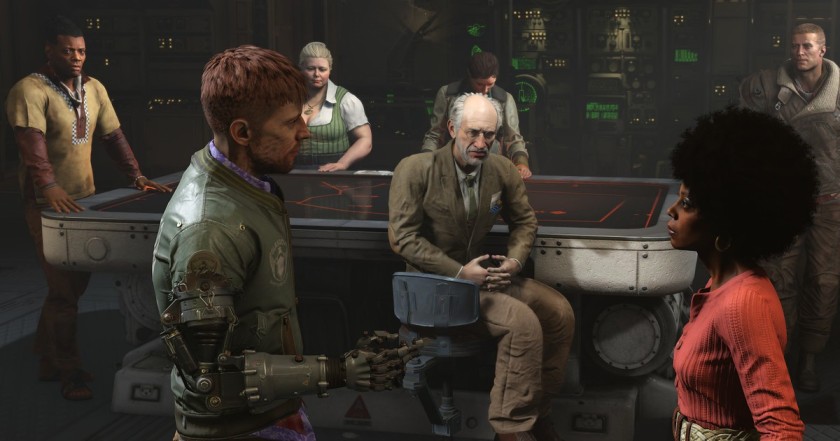 One of the first missions in Wolfenstein has you recruit Grace Walker. She’s the former leader of the Black Revolutionary Front. You meet her and BJ refers to the Nazis as monsters which is what he’s been calling them throughout the games. Grace says bluntly. “There not Nazis but Men”. We have no idea if Wolfenstein 2 story changed as real events happened. Either way the game realizes what Nazis are. At the end of that scene BJ stumbles a bit like a baby trying a word for the first time. He calls the Nazis “White Fascist Pigs.” It’s a good scene and one that was needed.

The game has other moments like this. Later on you go to a town that’s been occupied by the Nazis. The first thing you see is KKK members in full get-up walking down the street. This game gets it. You get a chance to walk around this town. You see people kiss up to the Nazis. Off handed mention of slaves returning. These are people who are happy with what has happened. Because their lives are easier.. The game doesn’t say anything about all of America is ready to fight back. Because a portion of the population lives are easier now. Wolfenstein 2 is a game that understands the fascists have always been here and just waiting to come out.

One of my favorite things about Wolfenstein 2 is the intimate hub. You live on a giant Submarine you stole from the Nazis. At the start New Colossus you lived in it for almost a year. You walk around that area and it feels like a home. You see people reading books in corners. Clothes drying in rooms. An art piece that Max Hass has been working on for months. Also NPCs talking. Not to you but other NPCs Walking by there’s a character who is secretive about her past then opens up about it later in the game to another NPC. One character struggling with taking their medication. One NPC you get to know you hear later in the game has died off camera. Nothing makes me love a game more than a world that feels lived in.

You know what’s also good about Wolfenstein. Shooting Nazis. It’s cool that your game is critical of Nazis and has fleshed out characters. You know what else is good. Shooting Nazis. I enjoy playing Wolfenstein 2. Which probably is the hottest take I have about the game. The combat is frantic and dirty in a good way. If you stick to a single gun too much you will run out of ammo. Also you die pretty fast on Normal. You don’t feel like a god of death you feel like an experienced solder trying their best not to die.

I didn’t go in guns blazing I snuck through the levels until being caught. Then I start to run around the room taking out enemies one at a time. Switching weapons every couple of seconds. Trying to find spare helmets to give myself that little bit of armor I needed. There’s no real cover system so you crouch behind walls poking your head out. Every second could be your last.  I get why it doesn’t work for everyone but it did for me.

Wolfenstein 3 will probably release in 2020. I can’t imagine whats in store for any of us. We’re going to be at the end of Trumps first term. In 3 years we could be in a better place or at least beginning to see it. Or not. I don’t know how much worse it could get. Some days it feels impossible to get up. Wolfenstein 2 at least gives the message though to never stop fighting. Which is really what I needed from a game in 2017.